AI-Research is an advanced computing platform with state-of-the-art GPU accelerators to facilitate sophistication in various disciplines of research.

(Note: Default per user disk quota is 50GB and default group quota is 5TB. However,  group quota is currently capped at 1TB due to technical difficulties in connecting to the Lustre storage.) 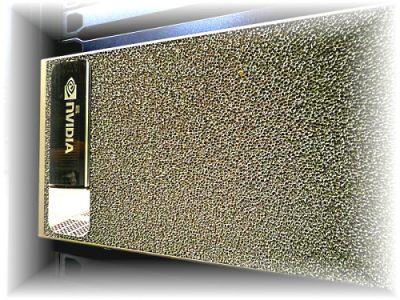 The system is a NVIDIA DGX A100 machine which consists of:

Further hardware details are available in its official datasheet.

The AI-research system, ai-research.hku.hk, can be accessed via Secure Shell from any device within HKU campus network (physically connected to HKU campus network, or using SSID “HKU” while on campus. If you need off-campus access, please use HKUVPN2FA service).

Here we list some common-pitfalls where new user may come across:

Users whom logon to the node DO NOT have GPU access immediately (you will need to use the SLURM scheduler to apply for GPU). If you are inside an interactive session, or submitted a job script, then you will be allowed access to the GPUs.

Do not assume no one is using the GPUs.
There maybe other users using the GPUs (either interactively, or have their submitted jobs running). Check the immediate availability of GPUs with the gpu_avail command. If you have requested interactive job and the GPU resources is not enough to fulfill your request, you will be put into waiting (and thus it appears as hung). To achieve efficient and fair use of resources, please refrain from requesting for more GPU than your job is able to use.

Why I cannot use docker?

Our scheduler (SLURM) is currently not compatible with docker, as the GPUs are allocated by SLURM to ensure fair share of resources, docker access by general users are not available. Please use enroot or singularity to pull docker from the docker repositories instead.

Access to GPU card is not granted upon system login as resources are controlled and scheduled via the SLURM scheduler. To gain access to GPUs, you have to submit a SLURM job. Jobs could be interactive ( you can type commands during a session as if you directly logged in ) or batch ( you prepare a job script to include all the commands to be executed for your tasks and submit to run where you cannot interact with the system since then) depending on what you want to do.

Interactive job allows you to use GPU interactively (of course, when there is immediately-available GPUs). To submit an interactive job with 1 GPU card for a maximum runtime of 5 minutes, use:

On default memory are allocated at a rate of 64GB/GPU. In case your program would require more than that, you should explicitly request for more memory (for example, 100GB for 1 GPU). Note that in SLURM memories are specified in the unit of MB:

Please be noted that currently we limit maximum memory at 400GB/job.

Before submitting an interactive job, you might check the number of available GPUs with the gpu_avail command:

The printout of the command should be self-explanatory. If you use a terminal multiplexer (screen/tmux), it should be done outside your srun command.

Currently SLURM only controls GPU and memory. Although users may still use CPU, memory and disk resources without having an active GPU job, users are advised to use them only for:

If you feel comfortable with shell script, you may put them into a text file, and submit it onto the system. In the following is a text file which shows the basic of a SLURM job script which uses the enroot container (as described in later sections). The script downloads a container image, starts it (and run a nvidia-smi in order to prove it could reach GPUs), then exits immediately:

If you save this file with the name script.slurm, then to submit it, type the following into the shell:

Currently two docker equivalence, enroot and Singularity are installed on the system. They both support docker images and will be discussed in details below:

Some containers on NVIDA GPU cloud requires authentication. Once you get the API token (check this on how to get your own token), you may store it in your environment via:

After that, you may add the following into your ~/.bashrc, which will be effective in your next login:

To take effect immediately, you should run: source ~/.bashrc

To import the image which you would normally pull (via docker) using docker pull nvcr.io/nvidia/cuda:11.0-devel , you should use:

After import, enroot will create squash file with a name, e.g. nvidia+cuda+11.0-devel.sqsh in the example above. You may add -o filename.sqsh after the “import” keyword in order to save it to another file name.

To create a container with a squash file, you should use:

To get a list of enroot containers under your folder, you should use:

(For enroot, the container only starts if you have a valid GPU connection)

To run the container with the name nvidia+cuda+11.0-devel and starting a bash shell, you should use:

Similarly you may start a container with other name and other programs. You should add -w (write) if you would like to change files inside the container.

(Variants such as batch and exec are also supported by enroot.)

To delete a container called containername, you may use:

You will be asked to delete the folder containing the root filesystem. You have to answer “y” or “N” (typing “yes” will do nothing).

Notes on Accessing Files in a container

Further information of enroot‘s usage can be found at https://github.com/NVIDIA/enroot/blob/master/doc/usage.md

Some containers on NVIDA GPU cloud requires authentication. Once you get the API token (check this on how to get your own token), you may add the following into your ~/.bashrc, which will be effective in your next login:

To take effect immediately, you should run: source ~/.bashrc

To import the image which you would normally pull (via docker) using docker pull nvcr.io/nvidia/cuda:11.0-devel , you should use:

The command will create a “simg” file (cuda11.simg) which is the container. You may create containers with differing names by creating multiple “simg” files.

To run the container simg file, you should use:

You will get a shell starting with Singularity> which behaves like a normal shell at the same path where you run the singularity command.

(Variants such as exec and run are supported by singularity.)

Simply deleting the simg file is okay. You should run:

Further information on usage of Singularity is at https://sylabs.io/guides/3.6/user-guide/cli/singularity.html

There are several local commands for users’ convenience when using the system:

This is the local command for checking immediate GPU availability. Just type “gpu_avail” on the shell and you will see something like this:

The coloured output should be self-explanatory and this allows user to enquire how many GPUs are immediately available if they would like to submit interactive jobs.

This is the local command for checking GPU resource usage for a user’s own running jobs. In normal cases if one have an interactive session and running their compute loads, they would like to confirm the occupancy of their GPUs. But a simple run of “nvidia-smi” at another command prompt would be barred from accessing such information (as this separate command prompt is not part of any job).

Just type “gpu_smi” on the shell and you will get something like this if you have a running job, for each of them:

For each of the user’s running job, the system will list the job number along with the physical GPU the job is using, then a (per job) print out of GPU’s usage in an abridged form (“dmon” and “pmon”). Note that the GPU IDs always start from “0” in the listing, but these IDs do not correspond to the physical GPUs but the GPUs visible to the user’s job. This allows users to find if their job are actually using the GPU.